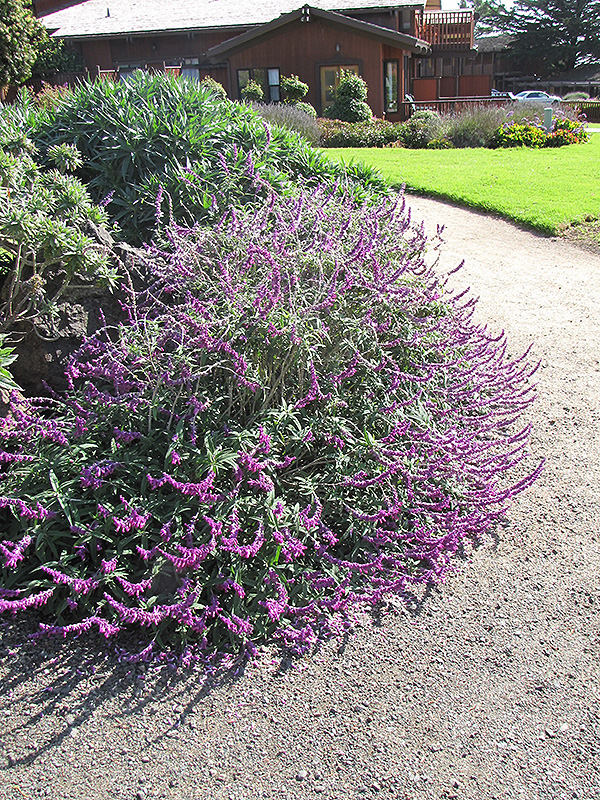 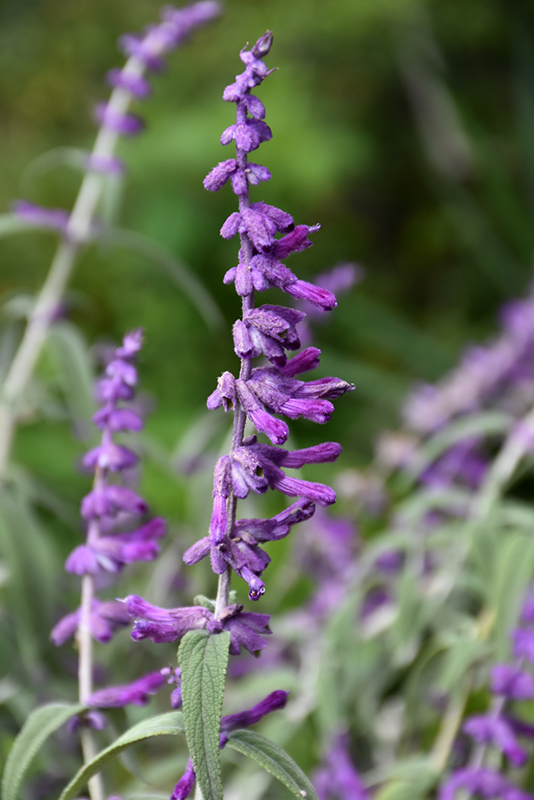 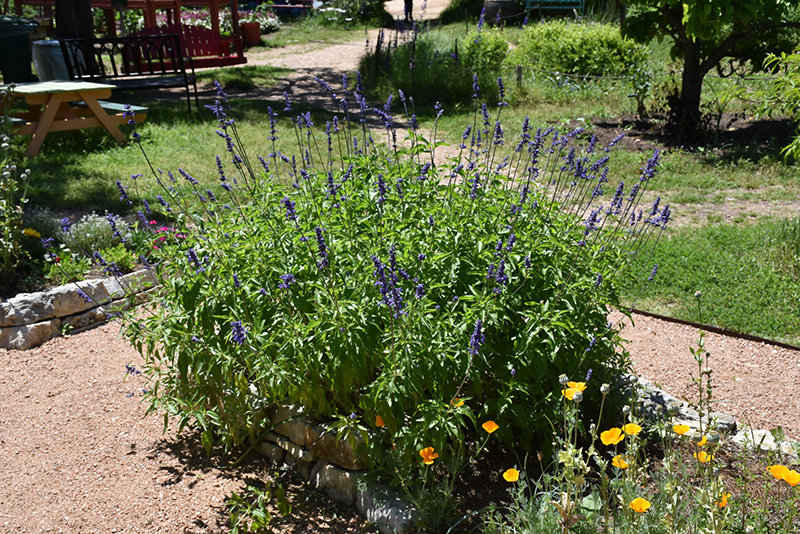 Mexican Bush Sage has masses of beautiful spikes of purple flowers with white overtones rising above the foliage from late winter to late fall, which are most effective when planted in groupings. The flowers are excellent for cutting. Its fragrant narrow leaves remain grayish green in color with curious white undersides throughout the year. The fruit is not ornamentally significant.

Mexican Bush Sage is a multi-stemmed annual with an upright spreading habit of growth. Its medium texture blends into the garden, but can always be balanced by a couple of finer or coarser plants for an effective composition.

This plant will require occasional maintenance and upkeep, and is best pruned in late winter once the threat of extreme cold has passed. It is a good choice for attracting butterflies and hummingbirds to your yard, but is not particularly attractive to deer who tend to leave it alone in favor of tastier treats. It has no significant negative characteristics.

Mexican Bush Sage is recommended for the following landscape applications;

Mexican Bush Sage will grow to be about 4 feet tall at maturity, with a spread of 4 feet. Although it's not a true annual, this fast-growing plant can be expected to behave as an annual in our climate if left outdoors over the winter, usually needing replacement the following year. As such, gardeners should take into consideration that it will perform differently than it would in its native habitat.

This plant does best in full sun to partial shade. It prefers dry to average moisture levels with very well-drained soil, and will often die in standing water. It is considered to be drought-tolerant, and thus makes an ideal choice for a low-water garden or xeriscape application. It is not particular as to soil type or pH. It is somewhat tolerant of urban pollution, and will benefit from being planted in a relatively sheltered location. Consider applying a thick mulch around the root zone in winter to protect it in exposed locations or colder microclimates. This species is not originally from North America.

Mexican Bush Sage is a fine choice for the garden, but it is also a good selection for planting in outdoor pots and containers. With its upright habit of growth, it is best suited for use as a 'thriller' in the 'spiller-thriller-filler' container combination; plant it near the center of the pot, surrounded by smaller plants and those that spill over the edges. It is even sizeable enough that it can be grown alone in a suitable container. Note that when growing plants in outdoor containers and baskets, they may require more frequent waterings than they would in the yard or garden.